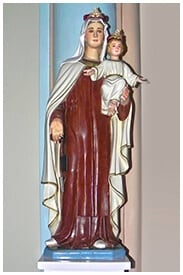 Our Lady of Mount Carmel

Our Lady of Mount Carmel is the title given to the blessed Virgin Mary in her role as patroness of the Carmelite Order. On July 16, the feast of our Lady of Mount Carmel, the patroness of our school, we recall Mary’s motherly patronage, guiding us gently to the Mount of Carmel, to experience the inter connection with the divine. She watches unceasingly over us with a mother’s loving care and protection. 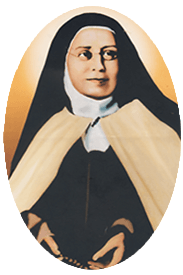 Mother Veronica (1823 – 1906) (nee Miss Sophie Leeves) Born on October 1, 1823, she was received into the Catholic Church on February 2, 1850. Education had always been her forte, and so, this committed and zealous English woman took it up as a challenge to found a new congregation to fulfill her dream; she would prepare well equipped sisters to impart education to girls, especially on the west coast of India. With deep faith in God, she pursued her goal and after much struggle, founded the Apostolic Carmel Congregation on 16th July 1868 at Bayonne, France. She herself was a person of sterling intellectual caliber, gifted in artistic and linguistic skills, above all, burning with zeal to fulfill her mission. In 1906, God called her to himself, to reward her for life of love, sacrifice and service. She has been declared ‘Venerable’ by His holiness Pope Francis on July 7, 2014.

Rooted in the contemplative spirit of Carmel and nourished by its life of prayer and missionary zeal, the Apostolic Carmel expresses the vitality of the Church through its fruitfulness in the active apostolate of education and other works of mercy.